What is Multiple Intelligence ?

With the Science of Dermatoglyphics one understands his or her hidden potential and talents. This is a science which studies the patterns of skins (dermal) ridges present on the fingers, toes and the soles of human. It reveals the congenital links between our fingers and our intrinsic qualities and talents. By analyzing dermatoglyphy, we can accurately understand the distribution and amount of cells in the left and right brain of the cell, and predict where the potential lies. Although everyone is bored with strengths and weaknesses; if they are identified early, we may further develop the strengths and improve our weakness, so that the left and right brain may grow in a more balanced and blend way. 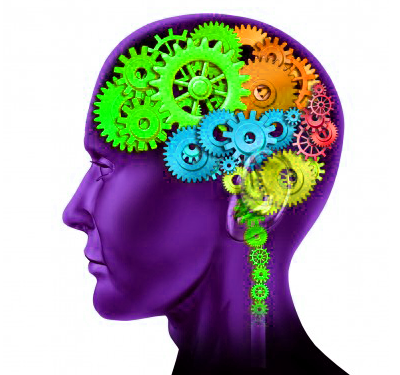 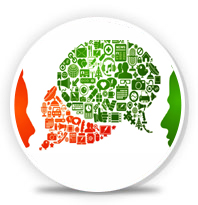 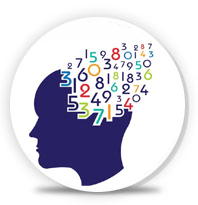 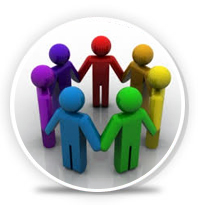 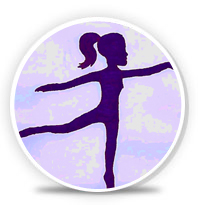 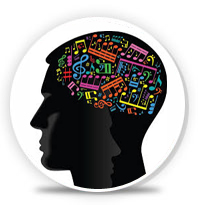 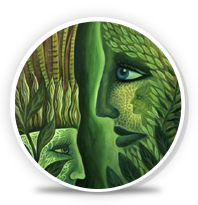 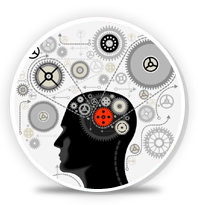 The human brain is the most fascinating three pounds of matter on this Universe. During brain development, 250,000 neurons are added every minute. The right side of the brain controls the left side of the body and vice versa. The hemispheres are divided in terms of what kind of thought they process or produce. 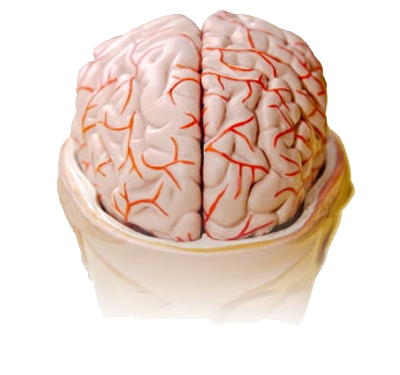 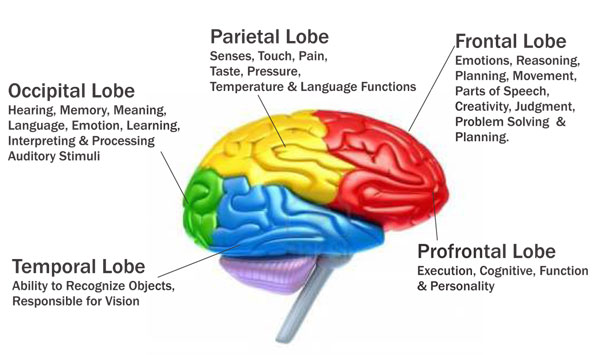 Brain & Finger - How it Connects

Right Brain is corresponding to Left Hand and Left Brain is corresponding to Right Hand. During the earlier days, when American doctors discovered a strange case where the baby is born without a brain. In this case, the absence of brain is associated with the absence of fingerprints as well. Cases like this repeated throughout history, leading medical experts to believe that the brain is absolutely linked to the fingerprints. Neurobiologists point out that our fingerprints development are synchronised with that of the neocortex. For example, children with Down Syndrome have a fingerprints with distinguishable characteristics.

Canadian neurology professor Penfield published the chart between brain regions and bodily functions. In the chart, the relationship between fingerprints and the brain is also pointed out.

Japanese medical expert professor pointed out that the fingers are closely related to the brain hemisphere. Therefore, this has been widely used in many fields. 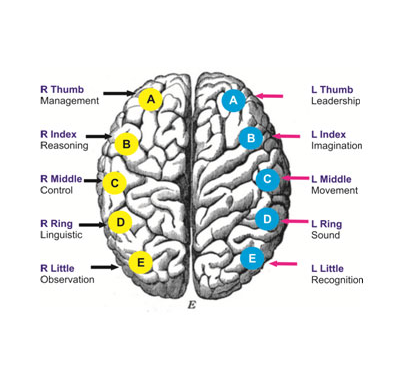 A fingerprint is an impression of the friction ridges found on the inner surface of a finger or a thumb. The science of fingerprinting constitutes the only unchangeable and infallible means of positive identification known to man.

When humans come in contact with an object or touch it, they leave a proof behind in the form fingerprints – friction ridges of a human finger. Oil and sweat gets collected on these ridges and is transferred to objects, thus leaving a duplicate of the fingerprint pattern. Sometimes, the secretions may seep into an absorbent surface such as a paper, leaving a slight blot. And, sometimes if a finger makes contact with a liquid or a thick substance, such as ink or blood, it may leave a visible print behind. Human fingers, toes, palms and foot soles are naturally covered with friction ridges that help a person in gripping objects and the ground. These ridges are also connected to our nerves, so the individual feels even if it has a slightest of pressure against the ridge. These ridges create the patterns of the fingerprints. These fingerprint patterns are formed in the womb and remain in the body till death. They hardly change unless and until there is some kind of injury, mutation or external change. Our fingerprints have tiny lines of concentric ridges. The general forms these ridges take are loops, accidental, whorls and arches. There are many print records that are organized into these categories for easy reference during fingerprint analysis.

The ridges make distinctive fingerprints that are based on minute variations in their patterns. The small differences are called finer points or minutiae. Common finer points include ridge endings, ridge splits culled bifurcations and crossovers that connect two ridges. Other minutiae include lakes, islands, and dots. Lakes are open places with a single ridge. Islands are small ridges, and dots are minute ridges that are nearly round. The fact that fingerprints remain unchanged almost throughout life is one reason that makes fingerprint analysis successful in identifying individuals from their prints. Every pattern is different and unique and not even one finger has the same print. Although no study has confirmed that all fingerprints are exclusive in all the years of records, no two have ever been found to be totally matching. Everyone’s finger pattern is exclusive, which is why they are used widely by forensics to identify individuals. Fingerprinting analysis has been used for more than a century, and is widely used by law enforcement agencies. 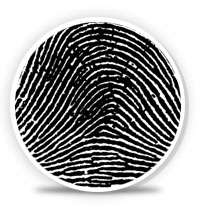 What is Finger Print Analysis ?

The Arch: In arches, the finger ridges run constantly from one side of the finger to the other with no re-curving. There are two groups that further define the arch pattern.

Plain Arch - This pattern has a uniformity of flow to it. Starts from one side of a finger, and then ridge move upward a bit, almost resembling a wave out in the ocean. The plain arch then continues the journey along the finger to the other side. The plain arch is most simple of the fingerprint patterns to tell the difference.

Tented Arch - This pattern is same like the plain arch and it begins on one side of the finger and flows out in a related pattern to the other side. Though, the disparity in the tented arch is in the ridges in the center that are not constant as in the case of the plain arch. The ridges, which connect each other in the center, join and push upward, giving the idea of a pitched tent. 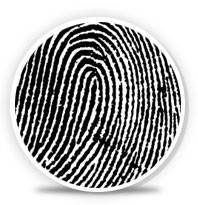 The Loop: In loops, the ridges turn backwards but do not curl. This backward turn or loop is distinguished by how the loop flows in the hand and how it does not flow on the card on which the impression is taken. The mark on the fingerprint card is same as of the reverse image that we see when we see ourselves in the mirror. 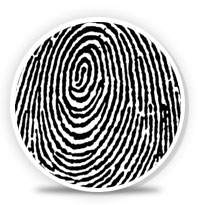 The two sub-groups that Henry recognized in this category are:

Ulnar Loop - These that flow when the descending slope of the loop is from the direction of the thumb toward the little finger of the hand.

Whorls: Whorls have patterns in which there are two or more deltas and there also exist a re-curve foregoing each delta. The four sub-groups of whorls are:

Spiral / Plain Whorl - In Whorls, build a turn of one complete route and therefore, are round or curved in shape. The plain whorl is the simplest of whorl and the most ordinary. There are at least two deltas and a ridge whose route can be curved, oval or round in shape.

Peacock's Eye / Central Pocket Whorl - In these whorls, one or more than one of the uncomplicated re-curves of the plain whorl re-curves twice. Composite / Double Loop Whorl – In these, there are two individual loop formations. In each of these, there are two completely divided and different sets of shoulders and deltas. Accidental Whorl - The work of the pattern is derived from two different types of patterns with at least two deltas. Whorls containing ridges match the characteristics of a meticulous whorl sub-grouping that are known as accidental whorls.

Dermatoglyphics is that branch of science that makes one understand his or her own hidden potential and abilities. With the help of dermatoglyphics, we can find out our inborn advantages and give suggestions as per each person’s own characteristics with no prejudice. Our fingerprints never change in the whole life so it is completely different from people who read hands or fortune tellers, which only forecast our future by looking at the palms. Everyone acquires intrinsic intelligence from their parents and if one’s intelligence gets no chance to be motivated and further developed, there is no other way one can develop an intelligence of memory, understanding, analysis, reasoning, and application. By studying dermatoglyphy, we can exactly understand the distribution and number of cells in the left and right brain of the cell, and calculate where the potential lies.Dermotoglyphics analysis may help:

Dermatoglyphics is also used in anthropology. Population studies disclose distinctive difference as per the type and sub-type and are also used to ascertain the origin of many groups. Print comparisons are also utilized to establish a personal identification in forensic cases.